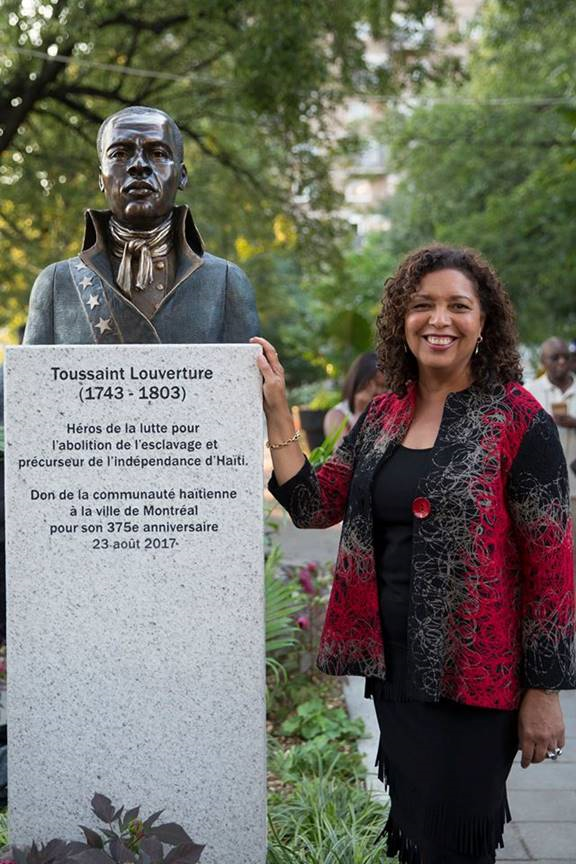 Born in Port-au-Prince, Haiti, Dominique Dennery emigrated to Canada in 1960 With His Parents. From a young age, Dominique Dennery is Attracted by the arts. While Pursuing His primary and secondary Marguerite Bourgois Lycée Claudel in Ottawa, she Studied piano at the Royal Conservatory of Music in Toronto and received classical dance training at the academy Bolf.

In the early 80s, she completed her Masters in French Literature at the University of Ottawa and Began His career as a writer and editor in the federal public service. Then she turned in the field of human resources and is or recruited by PricewaterhouseCoopers as organizational development manager. In 1995 she lancé her own consulting firm, Dennery Resources to Provide consulting services and leadership development in the public sector and non-profit.

Dominique Dennery est aussi a sculptor. His versatility is not surprising Given That His Father, a surgeon by profession all painted Throughout His Life paintings depicting scenes of everyday life in Haiti.

She enrolled at the Ottawa School of Art in 1992. After a long pause, she continued her studies in 2007 with sculptor David Clendenning overseeing His First sculptures in bronze.

She stays in Sri Lanka in 2009 and 2011 entre Where She completes her training with Professor Sarath Chandrajeewa and Established His First solo exhibition. From 2012 to 2015, she Studied with the master sculptor Philip Faraut in the state of New York and Professor Rosemary Breault-Landry in Gatineau. She participated in group exhibitions Many in Ottawa and Montreal.

In 2015, the Embassy of Canada in Haiti and the leaders of the Haitian community in Ottawa-Gatineau has control bronze bust of Jean-Jacques Dessalines, the founder of the Haitian nation. The bust is exposed to the Maison du Citoyen. Recently, the Haitian community of Montreal commissioned a bronze bust of Toussaint Louverture, the hero of Haitian independence for the 375 th anniversary of the City of Montreal. This bust is now installed in the park of the Sámi name Maisonneuve Boulevard.

There are the sculptures of Dominique Dennery in private collections in Canada and abroad.